When we think of binoculars, we can be quick to classify any of them as good for any purpose. This simply isn’t so. Take a look around Optics Den and This is where the Spectator 8×32 compact pair of binos by Wingspan Optics comes in. These binos almost fit in the entirety of your hand but we aren’t classifying them as toys or mini-binos by any means. The most popular hobby that these binos are used for is birding.

You may be asking, can’t I just use my hunting binoculars for birding? Don’t they do the same job? Not quite. Let’s look at why this set of Spectators is a universal birder’s choice for optics.

Despite their small size, the Spectator’s have a pretty wide depth of field that enables you to see more in a single viewing. The light transmission is just as good at the maximum magnification and range at a thousand yards.

Don’t mistake the Spectator’s small size for low-quaility optics. These binos boast impressive stats that will help you see what you want to see on a greater level of detail. Let’s take a look at some of its specs. 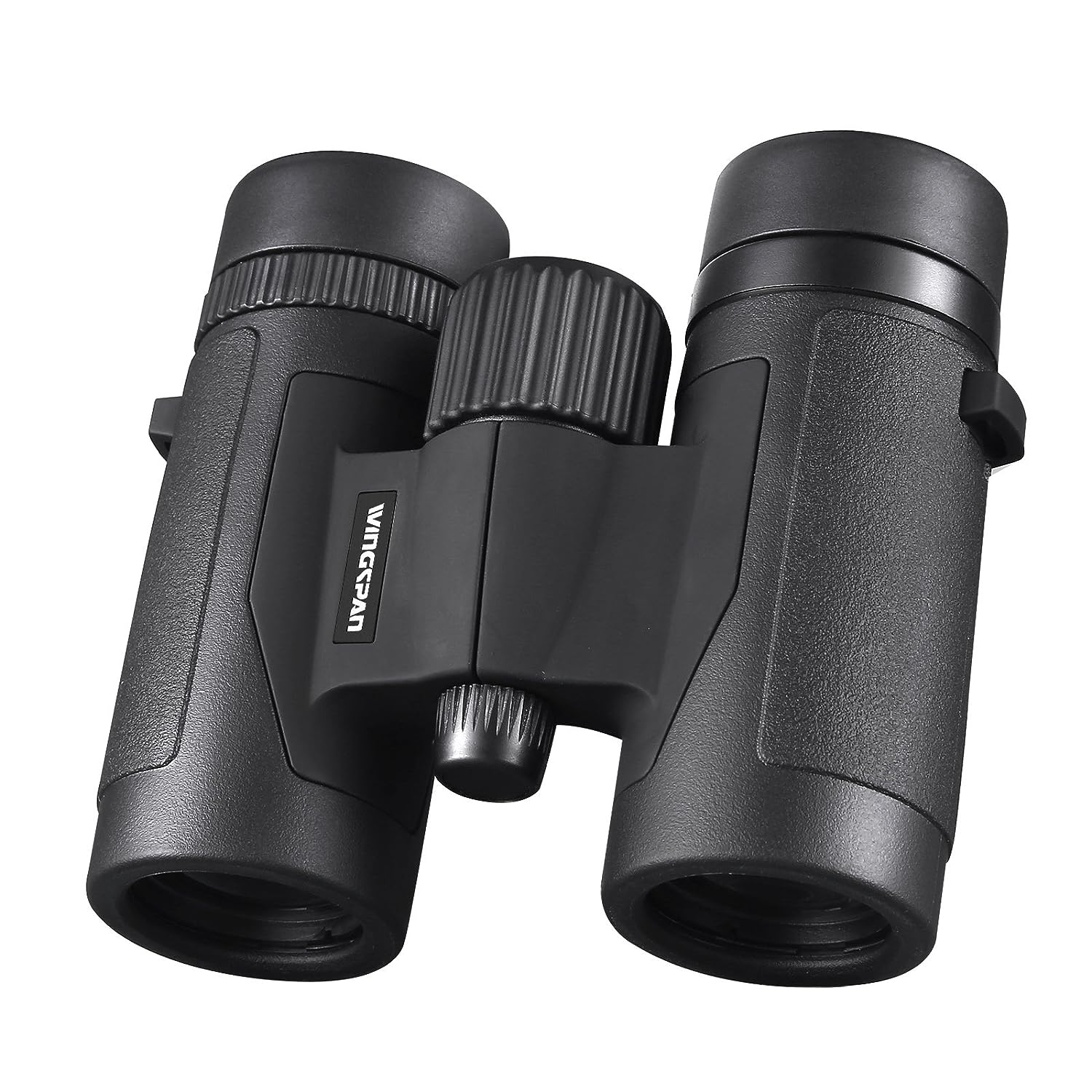 Just because these binos specialize in birding doesn’t mean you can’t take them anywhere else. Many users have reported that the small size of Spectators allows them to take the binos on trips and excursions where larger optics might prove cumbersome or unnecessary. They do carry a little bit of weight to them but not like true hunting or other sporting optics.

Where the Spectators really stand out is the coloration of the environment or in most cases—animals you are looking at. This where that need for differentiation we talked about comes in. Color and light transmission, as well as visibility all play a role in your ability to see the target.

The magnification isn’t the greatest in the world in terms of sporting optics but the trick with these binos is their depth perception and their ability to pick up detail. A maximum range of around a thousand yards is still an impressive feat.