Using heat as a light source, infrared, or thermal imaging, is a technology that’s impacted everything from hunting to public health. In its simplest form, it follows the basic steps used in normal electronic imaging. With thermal imaging, though, there are modifications. There are also options and capabilities that just don’t exist with monitors relying on the visible light spectrum. Knowing how thermal imaging operates and how it’s put to work can help anyone determine how to make effective use of it for their interests. 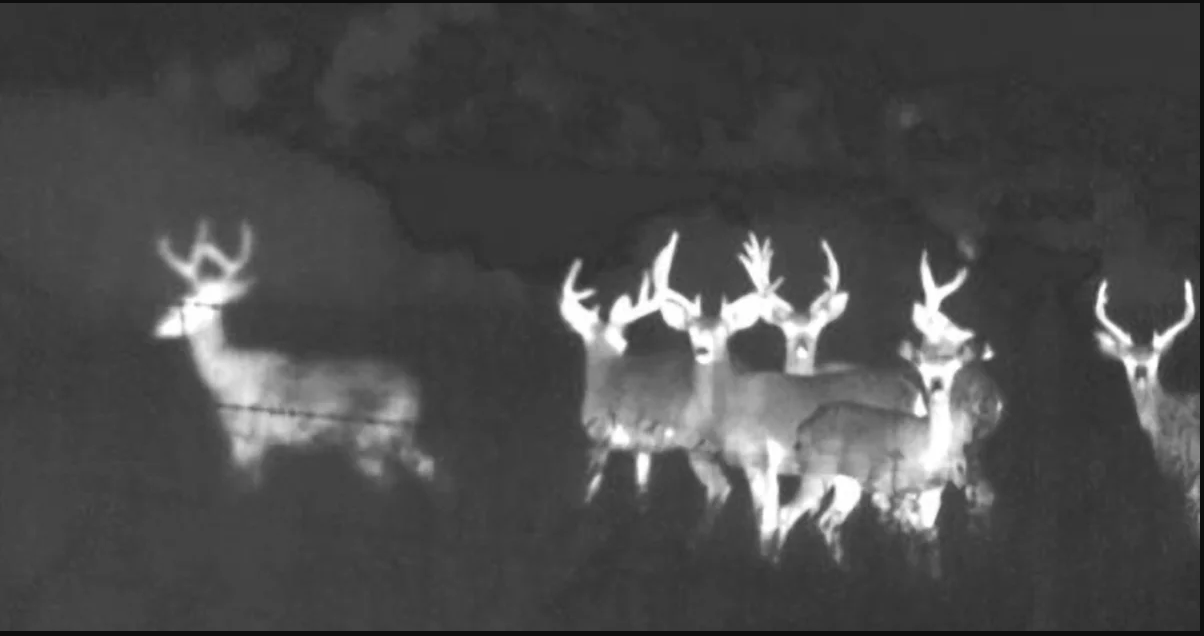 In any electronic imaging system, a lens focuses an image onto an array of sensors that emit electrical signals that correspond to the brightness of the light hitting them. This is the case with both electronic devices and the visual systems of higher vertebrate animals like humans.

When infrared light is substituted for visible light, a few modifications are required. Since normal glass actually reflects infrared light, materials like germanium or zinc selenide are used instead for lenses. These materials let infrared waves pass through while simultaneously focusing them. This image is cast on an array of sensors called a focal plane array.

The sensors use special transistors made with compounds like indium antimonide or indium gallium arsenide that allow electrical current to flow through them in proportion to the intensity of infrared light striking them. Like standard video cameras, more sensors per inch result in higher resolutions. From this point, the signals generated are used to create a visible image on a video screen.

Using heat as a light source gives thermal imaging some interesting advantages over visible light imaging. It also produces a few complications. First of all, any object that is warmer than its surroundings is a source of infrared light. Although it seems counter-intuitive at first glance, this includes warm-blooded animals.

Infrared light also behaves differently in terms of how it interacts with various materials. As was just mentioned, it’s reflected off of glass and similar clear plastics, like Plexiglas, that won’t block visible light. Aluminum and silver are other examples in this category. Other materials like smoke, fog, and some plastics let heat easily pass through. Making things complicated, the infrared portion of the light spectrum covers a much wider range of frequencies than the visible portion, so different frequencies of infrared light have different characteristics. In general, infrared light can penetrate certain materials opaque to visible light because of its longer wavelengths. In turn, radio waves, having even longer wavelengths, can pass through objects impenetrable to both visible and infrared waves.

Further complications come from the fact that some objects can absorb heat until they begin to radiate it back out when their surroundings become cooler. With some uses, most of these qualities of heat energy aren’t important, but in other circumstances, they require making adjustments.

As prices fall, thermal imaging is increasing in popularity as an accessory for rifles and other firearms. Here, the purpose is simply to acquire targets, and the technology is often confused with night vision capability. There are scopes that are designed to amplify visible light. This is not the same as utilizing thermal energy to see in the dark. Night vision still requires a small amount of visible light to work. It’s also blocked by the same obstacles that interfere with any other visible light.

Two ways in which thermal imaging is used in firearms is by relying on the natural heat production of animals and other objects or by actively generating infrared light that’s reflected off of objects in the field of view. A passive approach utilizing natural heat is preferred since an additional infrared light source attached to the scope consumes extra power. It also gives away the user’s location to anyone else with their own thermal detection ability. When using passive thermal imaging, the focal plane array itself can absorb some heat, and this heat can interfere slightly with incoming rays.

Some scopes offer the addition of a cooling system that lowers the array’s temperature so it can pick up faint signals from greater distances. The trade-off is a more expensive device that’s less rugged.

Beyond rifle scopes, thermal imaging is employed in a wide variety of fields to achieve results that are otherwise impossible. As with some rifle scopes, surveillance cameras harness an infrared light source for illumination that provides sharper gray scale video that’s not possible with a passive system. In these situations, it’s unlikely that a burglar or trespasser will be toting their own infrared detection equipment. This technology is also sometimes included with consumer-grade camcorders.

Because of the complex interactions that occur between multiple heat sources, thermal cameras that use the passive approach employ computer algorithms to create an image that reveals temperature variations in as realistic a fashion as circumstances allow. Information like ambient air temperature and wind speed is included in these calculations. This capability to chart heat gradients makes passive thermal imaging valuable in dissimilar settings.

Nearly everyone is familiar with the multi-colored images produced by thermal imaging cameras. Cooler temperatures appear in hues of blue, black, or violet. As temperatures increase, shades change from yellow to intense red. These types of cameras are used in such detective work as finding heat leaks in buildings or spotting overheating wiring hidden inside walls. In law enforcement, they’ve been used to track suspects by observing footprints created when heat is transferred from warm shoes touching cold ground. The Coast Guard uses these devices in both day and night rescues. A person’s warmth stands out dramatically against cold ocean water. Thermal cameras are valuable in locating blood circulation and inflammation problems in animals who can’t describe their ailments to veterinarians. Thermal cameras have even been used at airports to examine passengers from locales experiencing outbreaks for fevers caused by infectious diseases like the flu or Ebola.