It seems like there’s a pair of binoculars for just about every situation and sometimes with intricate pieces of technology infused within. We’ve seen rangefinder binoculars among other things, but an even lesser known form of binos is image-stabilization binoculars.

Image stabilization is a very sought after quality among camera fanatics, including those who own DSLR and SLR cameras. We all want our binoculars to transmit the best quality images to us regardless of weather conditions. While most binos do a pretty good job on their own, these particular binos are specialized to produce some of the best non-shaky images in the world.

Let’s take a look at each of them:

Fujinon is widely known for producing polaroid film and polaroid cameras. Their entries into the IS-camera market have been met with near-universal acclaim, so let’s explore why. 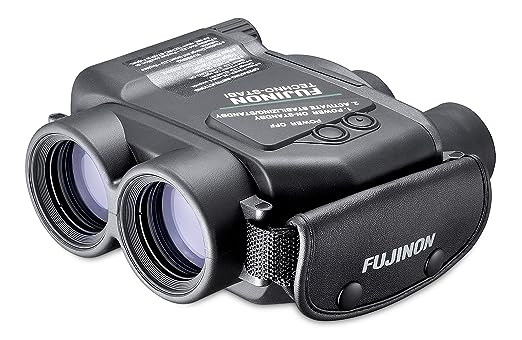 This 14x40mm pair of binos is more rectangular than your average pair of binos, but does have some hand grip on the left side so you can handle them with ease. These particular binos come with 5 degrees of stabilization. Degrees of stabilization, in the simplest terms, refers to the level of which the lenses operate in order to stabilize the image.

Advanced cameras utilize degrees of stabilization with the utmost importance, especially when filming. The Fujinon 14x40mm has received rave reviews because of its ability to display images in the far distance but with maximum stability and image quality.

Canon is a renowned camera maker, so its no wonder that they would have a large number of image-stabilization binos. 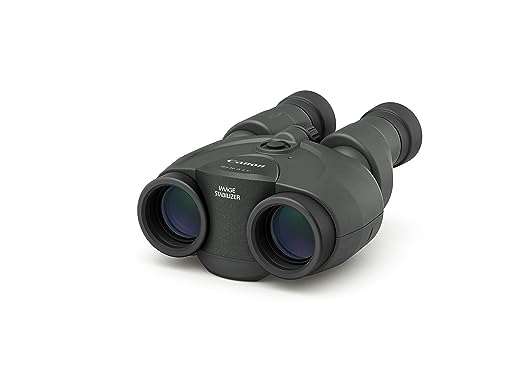 The 10x30mm model is Canon’s most popular model of IS-binoculars. It differs from other binos like Fujinon’s because it has elongated eyepieces. The eyepieces also flatten images on the edges of your vision, eliminating blurriness that commonly occurs with other binos.

The 30mm lenses utilize the same image stabilization technology that you’ll find on Canon’s line of EF lenses that go on SLR and digital cameras. This technology is battery powered and in ideal conditions can last over 8 hours. We don’t recommend taking these in extreme conditions like below freezing temperatures, but they can operate for about an hour.

Canon really went all out with these binoculars, and its no wonder they’re so popular. Check out some of the other sizes of image stabilization binos by Canon:

Carl Zeiss binos may have some of the biggest price tags in the binos world, but that price is reflected in their almost unmatched image quality and handling.

The 20x60mm pair of binos is the biggest on our list and certainly the most powerful. These 60mm lenses and long eyepieces ensure that you’re seeing objects and a 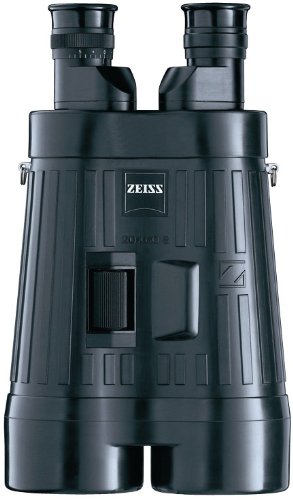 nimals in the distance and to the edges of your lenses.

These binos also give you the ability to “lock in” an image while you’re looking through the lenses. This feature will really appeal to

outdoorsmen like birders who really need their binos to be stable as they analyze features of avians.

The high magnification of the 20x60mm makes them a good candidate for nighttime viewing as well. Some users have even used the 20x60mm to spot stars at night before getting a closer look with a telescope.

Due to the construction process of these lenses, the overall design of the binos is a little different than your average pair of 10x42mm or 8x42mm. They look a bit like rangefinder binos but in the end built with image quality and stabilization in mind. The lens sizes are also not the usual size you’d find browsing for normal binoculars, but the kick is getting even better images.

Because the technology for these binoculars is still very new, you’ll see that there is not many of them currently on the market and the ones that are are going to be a bit of an investment.

Besides above average image stabilization, these binos share many of the same characteristics that apply to all binos:

Many of the links that you'll find on Optics Den link to products on third party sites. If you choose to purchase a product after going through one of these links, we will receive a small sales commission at no extra cost to you. We thank you for supporting our business!
Back to Top