We enjoy talking about Ozark Armament’s products because they rarely come out with a lackluster product. Though on the cheaper side, their products are lauded around the web for being of great quality. Their Rhino 4x magnified scope is one of four different rifle sights they have and the first to have magnification.

To give hunters mid-long range sighting capabilities at a fraction of the price of the most popular riflescope manufacturers. Despite its all-metal construction, it weighs in at around a pound.

The top dial changes the illumination of all three reticle colors. Those who are upgrading from red dot or reflex sights may be used to having this dial on the side, so it may take a little adjusting. 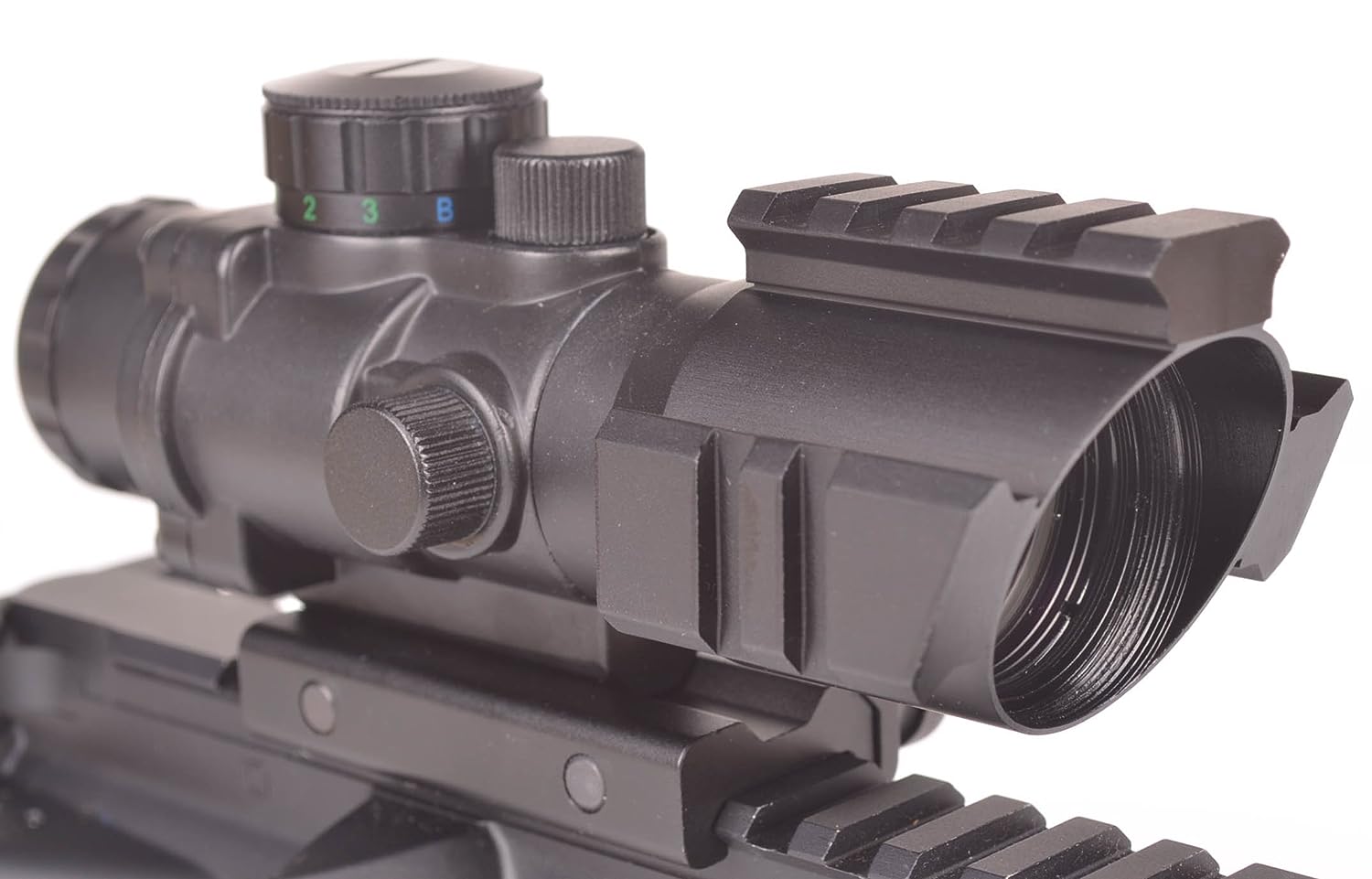 Is the Rhino the best rifle scope on the market? Probably not, but its almost unbeatable as a beginner’s or budget scope. The tri-color illumination is perfect for those who prefer the choice and 4x magnification is powerful enough for ample viewing at 600 yards.

FOV at 100 yards is about 37 feet, which doesn’t seem like much at first, but it really depends on the target and terrain. If you’re tracking a moving animal, 37 feet is a modest range

Perhaps the most notable fact about the Rhino is its simplicity. It doesn’t try to be a higher-end scope with bells and whistles dominating the exterior. Its cheap, accurate, and clear, which is probably all you need in a good beginner’s scope.