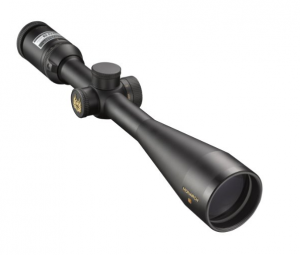 In today’s modern world of hunting, professional sport shooting or recreational target practice, there are numerous attachments and accessories on the market. Probably the most important attachment that one can purchase would be the tactical rifle scope. With a tactical rifle scope, one can greatly improve accuracy and improve proficiency with their respective rifle.

Before a decision can be made to purchase a tactical rifle scope, the shooter must first understand all of the factors that go into placing a scope on their rifle. The offerings that confront the consumer today are far greater than in years past. Tactical rifle scopes can vary greatly in design and price and beginning the decision making process can be very daunting indeed. Factors that a consumer must consider would be if the scope is being used for professional or recreational use, the distances that a shooter is going to be attempting the most, maximum range, environmental lighting situations, rifle caliber, length and total weight of the rifle, budget restrictions and most importantly, mechanical performance.

When a consumer is in the market for a tactical rifle scope, keep in mind that every shooting situation is different. As mentioned earlier, many factors come into play when choosing a scope. If you are a professional shooter, you may find a higher end scope to be more suitable than that of a recreational shooter. Professional shooters may need a higher powered scope that is durable, light weight and has maximum mechanical performance as the key performance points. A recreational shooter might lean towards a scope that is more affordable, slightly heavier, has a lower magnification rate. Of course, all factors must be considered and it is ultimately up to the individual shooter as to what qualities he needs in a scope.

Once a decision has been made as to what kind of tactical rifle scope to purchase, the next stop in the process would be actually shopping for the right scope. This can be a daunting task if one is unprepared and unsure about exactly what they need in terms of function. There are hundreds of tactical scopes on the market that are more than capable of doing the job effectively, but knowing which one to buy and having knowledge of that scope, is half the battle.
The tactical rifle scopes that have the best reviews as it pertains to performance and budget, are the Millett 4-16×50mm Illuminated Tactical Riflescope and the Nikon Monarch 3 4-16x50mm Side Focus tactical scope. Both of these scopes are very capable of delivering performance for under $500. It should be noted that there are many other companies out there with great tactical scopes that will fit into any budget, but it could literally take page after page to discuss each and every one. The Millett and Nikon are the two that we are focusing on for the shooter looking for a nice tactical rifle scope without spending too excessively.

The Millett 4-16x50mm Illuminated Tactical Riflescope comes in at around just over $300. This scope is a solid choice for hunters, professional shooters and recreational target shooters. Many shooters have found the Millett’s waterproof and shockproof design to be perfect for most shooting situations and the mechanical performance of the scope is top notch. The scope can handle a wide range of situations from low level lighting to long range target shooting in various weather situations. With its’ compact and lightweight design, the Millett scope fits easily into any bag and should complement most rifles.

The Nikon Monarch 3 4-16x50mm Side Focus tactical scope is more expensive than the Millett scope and retails for around $490. The Nikon boasts a very versatile scope that is capable of handling different lighting situations with ease. The side focus is an easy to reach adjustment that users will find pleasing and the scope can be mounted to basically any rifle action regardless of that rifle’s caliber. The Nikon’s mechanical performance is excellent and the scope also gives the shooter an ultra-clear sight picture on targets. This tactical scope also has an extremely lightweight and sturdy body that makes it reliable in many environments.
As you can see, the purchase of a tactical rifle scope can require the consumer to have varying knowledge of the intended purchase and also of the rifle. Armed with the right tools, the consumer can now make the purchase of the tactical rifle scope with much assurance and ease.